Many great women have made their mark on our world. Here are 10 of them:

Joan of Arc - St. Joan of Arc, also known as the Maiden of Orléans, was born in 1412, in Domrémy, France, and died May 30, 1431. A peasant girl who led the French people to fight English conquerors, she was burned at the stake by English captors as a heretic because she was inspired by God. The feast day for France's national heroine is May 30.

Kathy Pham -- Kathy Pham’s parents were Vietnamese boat people, who spent several years in refugee camps before immigrating to the United States. Her Marine Corps brother was injured in combat in Afghanistan and won the Purple Heart medal. Pham grew up in Savannah, Georgia, where she played volleyball and was salutorian at high school graduation.

Kathy Pham received degrees in cryptography and human computer interaction and went to work as software engineer on flight simulation and healthcare operations at Georgia Tech.  She worked as a data scientist at IBM and Google and then, in 2014, left big data to work in public service for the government. She helped build the United States Digital Service for Veterans Affairs, Department of Defense, Precision Medicine Initiative, and Cancer Moonshot. What is the digital service? It's the federal government's effort to update outdated technology and provide better service to people so that veterans can more easily apply for health care and immigrants can more easily apply for entry to the United States. The USDS hires top technology experts for "tours of service" so that they can help the government build technology that's as good as technology of private companies like Apple, Amazon, and Google.

Herta Muller  -- Herta Müller was born on a farm in Romania during a Communist dictatorship. She was fired from her job as a translator because she wouldn’t cooperate with Romania's notorious secret police. She became a teacher and writer instead.

After her book, Nadirs, was censored by the Romanian government, Muller went into exile until the 1989 uprising against Romanian tyrant Nicolae Ceaușescu. Last year, Muller received the Nobel Prize for Literature.

Wangari Maathai -- In 2004, she became was the first African woman to receive the Nobel Peace Prize. She was also the first female scholar from East and Central Africa to take a doctorate (in biology), and the first female professor ever in her home country of Kenya. Maathai played an active part in the struggle for democracy in Kenya. She started a grass-roots movement to counter the deforestation that was going on. Knowing she couldn’t stop what was happening, she encouraged women to plant trees. She thought actively and positively. 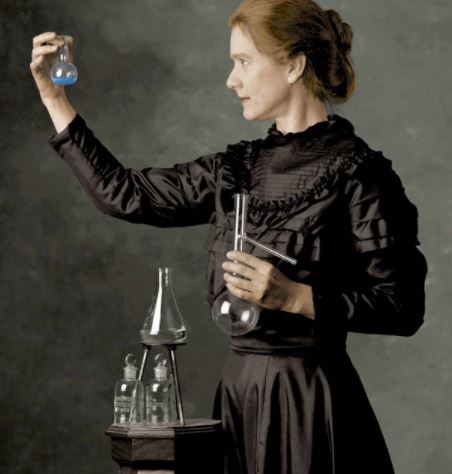 Marie Curie is most famous for her pioneering work on radioactivity. She was born in Poland when it was part of the Russian empire. She invented a way to isolate radioactive isotopes. She died in 1934 and was the first woman entombed on her own merits in Paris’s Pantheon. 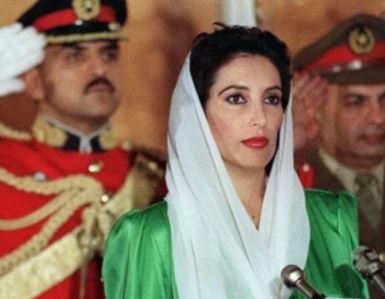 She was twice elected Prime Minister of Pakistan in the 1990s. She was assassinated in 2007.

Toni Morrison -- Toni Morrison was a great American novelist who won the Nobel Prize and Pulitzer Prize. She was an editor and professor, as well. 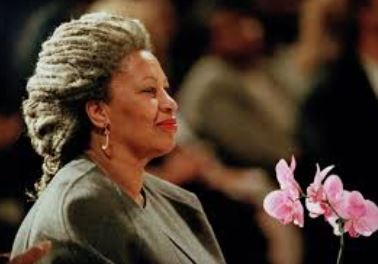 Her novels are known for their epic themes, exquisite language and richly detailed African-American characters: The Bluest Eye, Sula, Song of Solomon, Beloved, Jazz, Love,A Mercy. Morrison received the Presidential Medal of Freedom in 2012. Morrison was from Ohio, but she taught for many years at Howard University in Washington, DC. Morrison took the name "Toni" in honor of St. Anthony after she joined the Catholic Church and finished The Bluest Eye. She died in 2019. Read a summary bio here.

Judy Faulkner -- Judy Faulkner founded America's leading medical-record software provider, Epic, in a Wisconsin basement in 1979. At that time, the company had $70,000, and Faulkner had two employees. Now Faulkner has $5.5 billion and 10,000 employees. 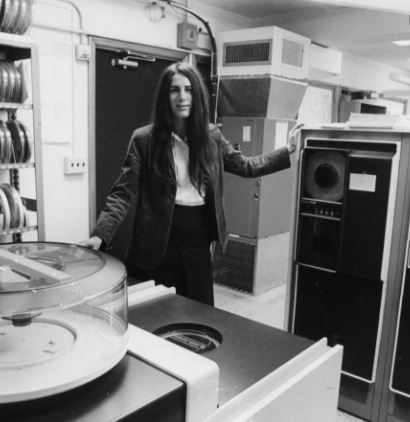 Epic is a computer software company that made a way to keep digital medical records of 250 million patients and major medical centers such as Johns Hopkins and Mayo Clinic. Faulkner was a computer science major in college. Although she is CEO of a multi-billion-dollar company, Faulkner still considers herself a computer programmer first. She has pledged to give most of her fortune to charity. Epic headquarters has a treehouse for its workers. Epic Treehouse has one rule: no cell phones. Cathy Freeman is the first Aboriginal person to win a medal in the Olympics. Kamala Harris was elected vice president in 2020 after a lifetime of public service, including district attorney of San Francisco, attorney general, and U.S. senator. She was born in Oakland, Calif., to parents who immigrated from India and Jamaica, and graduated from Howard University in Washington, DC, and the University of California, Hastings College of Law.

SJB 4th graders were featured Tuesday night on the CBS Evening News, which was watched all over the United States.

The network news team came to the SJB courtyard to watch and talk with the students and Ms. Herritz, the 4th grade teacher, and Mrs. Jenkins, the writing teacher.

On Monday, ABC-7 News posted this report and broadcast the first feature story on the SJB 4th graders. Here are some of the ABC-7 pictures: The school's new Diversity Panel, made up of parents and teachers, had its first meeting on Tuesday to discuss ways to promote diversity and inclusion and give all students a feeling of belonging at St. John the Baptist. The panel will meet again on March 9. How is SJB commemorating and celebrating Black History Month

And then the student reads the name of a great African-American man or woman in history.

The Guess who I am? cards are in the shape of a hand, with facts on each finger. After they're presented, the hands are posted on an African-American History board in the main hallway (see the photo above).

1st-4th Grades: Students have written and presented Black History Reports, read books about Harriet Tubman, a book called Henry's Freedom Box by Ellen Levine and Kadir Nelson, a Jackie Robinson book written by his daughter Sharon Robinson, and a book about the instrumental role that many Black women played in the development of the U.S. Space program.

5th-8th Grades: Students are studying African-American poets and authors, watching a film on Black History, and writing an imaginary interview with a Black pioneer.

In particular, the 7th grade researched a famous African American of interest including Benjamin Banneker, Michaela DePrince, Frederick Douglass, Michelle Obama, Berry Gordy, and Kamala Harris. The class is continuing to expand on their research by designing a PowerPoint presentation.

Did you know that a faculty diversity committee provided teachers with images and biographies of dozens of saints from all over the world -- including Asia, Africa, and South America -- in an effort to bring more Catholic diversity to the school.  Each teacher selected a saint from the diverse collection for their classroom. The idea was to give students pictures and stories of saints who looked more like them.
4th Grade Saint Martin De Porres There's much more for SJB to do.

Shop and benefit SJB at the same time

Go to Amazon Smile and select St. John the Baptist School in Silver Spring as your charitable organization.

Click on the icon to go to the SJB Amazon page. Check Out the Student Videos for Catholic Schools Week

What's Been Going on in SJB Art?

Students were busy in Art class this week making cards (Gr. 3-5) and suncatcher window art (Gr. 6-8) for residents at the Springvale Terrace Senior Living community and the Brooke Grove facility. The students recognize the impact their art pieces have on the residents who can't be surrounded by their family and other visitors during this time. SJB Online Calendar has the latest...

Go to this flyer to find out how to view and order student pictures.

What About Snow Days?

The school will send a text message and an email to all families announcing the decision to close or delay school for snow, ice, or extreme weather. SJB goes by the decision of Montgomery County Public Schools, but when MCPS isn’t in school, the Archdiocese of Washington decides, and we communicate to you. There will be no virtual or in-person classes if school is closed. SJB will inform families of any change to this plan.

Is it Too Soon to Think About Summer Babysitting? What Are Pro-Life Pushups?
Pro-life pushups were started by the seminarians at the St. John Paul II Seminary in DC. Here's the video explanation. It's basically a 1-minute pushup challenge with pledge money going to Sisters of Life.

The school directory is accessible to families through the password-protected Parent Portal and the Parent Plus app on their phones. School parents may view the directory by staff, student, or parent.

Just a reminder that the Box Tops for Education program is now digital. With the Box Tops app, snap a picture or email the Box Top to give SJB credit and $$$.

To download the mobile app, just search for Box Tops for Education (in the App store).

Traditional box tops are still eligible if they aren't expired yet, so keep collecting.

Homework assignments are typically posted each afternoon by 4:00 pm.

To see what's coming up, go to the class summary. Look for your child's name and then look to select the Classroom tab to the right. Select the name of the class from the drop-down list, and then select Class Page. You should see Class Summary, Announcements, Files, and Links. Admire the latest and greatest masterpieces in the Art Room: https://www.facebook.com/ArtWithMrs.Leishear

SJB Athletics is on Facebook. Visit and "like" the SJB Athletics Facebook page to receive more timely information about registration, events and opportunities to participate in SJB Athletics.